What political view do you affiliate with?

Are You an Echo Boomer? 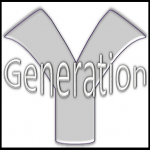 Some of the issues that this generation faced were the growing diagnoses of ADHD, childhood obesity, prevalence of parents having divorce, school shootings, and widespread drug and alcohol abuse (although some studies have shown that alcohol, drug, and divorce rates have been dropping in recent years).

Some of the more iconic (positive) trends of the echo boomers are the rising use of technology, the growing availability of media, the freedom of information, social networking, socially liberal attitudes, optimistic attitudes of inherited problems (pollution, divorce, drugs, war/politics, economy, etc), tolerance of cultures and race, and a strong belief in teamwork and community.

Generation Y has already entered the workplace and is shaking the status quo.  They have been known to be ambitious and efficient leaving some with the impressions of entitlement and laziness.  Some of these assumptions are misunderstood due to Generation Y’s high expectations and ability to multi-task with ease.  Echo boomers in many cases have limited loyalty to employers and seek out comfortable working environments, fair pay, and benefits.