Gen Y: What is Most Important in Life?

Generation Y: Assertive with High Standards in the Workplace

While some have dubbed Generation Y as being lazy with a sense of self-entitlement, these are just misunderstandings and baseless generalizations made by older generations.  From the Millennials point of view, the world is held to a high set of standards which is inherited perspective passed down from the parents and reinforced by society’s culture. 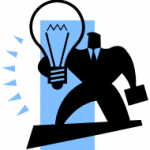 This includes everything from personal belongings to workplace environment.  It isn’t uncommon for an echo boomer to want to listen to headphones while he or she works or work flexible hours.  While some may see this as a sign of insubordination and poor work ethic, the fact is the music can make the employee more efficient, and flexible work hours improves work/life balance, which creates a happier, more productive worker, and raises the (falling) employee retention issue.

As shown in the TIME article (link), Generation Y wants investment.  They don’t want to be corporate drones and want to be appreciated as individuals.  Corporations that invest in their employees by providing training, apprenticeship, assistance for further education, work/life balance and a wealth of opportunities are likely to succeed with Generation Y.  They want to be treated like an asset that can evolve into a company poster child rather than a cog in a wheel.  They don’t want to fight their way up the corporate ladder – they want to be encouraged up the ladder through experience, education, networking, and manager/employee apprenticeships.

In the mind of echo boomer, established rules are not meant to go unquestioned especially if they don’t make sense.  If there is reasoning to bend, break, or redefine traditional rules, then let’s design the system to make sense.  It just may be the defining factor in generation Y’s rise to power.  When Generation Y does find themselves in positions of power, they will most likely be interested in reforming the economic, political, and societal landscape… which is a good thing especially for Generation Z who takes the “special snowflake” mindset to the next level.

Why is generation Y so open minded, assertive and confrontational to conventional values?  Other than growing up in divorced families, the end of the cold war, paranoia in school security, and xenophobia towards terrorists due to 9/11, the most influential item in their lifetime was the rise and maturing of the internet.  Pioneering this infinite amount of information without guidance gave this entire generation a different outlook on the world.  It gave them information without structure and let them make sense of it.  This independent mindset into the unknown carried over into their personal lives.  It gave them the mindset, we don’t have to settle for the way things are.  We can challenge it, re-order the world, and make it a better place.

So, how can we sum up Generation Y in the workplace?  They are hard working and more importantly, highly efficient, but with high standards.  Don’t discredit them as prima donnas though – they are quite capable, bright, and their innovative thinking may be more of a benefit than a weakness.  That is, if you know how to cultivate it.  Those who are satisfied with the status quo… well, they may be threatened by Generation Y and probably for good reasons.