Interview with a Millennial: Bridget

Over the last decade, television as the world once knew has been changing.  It has to in order to survive.  With the widespread adoption of high speed internet and the infrastructure to support streaming videos online, it was a marriage destined to be.  One that is long overdue.

Generation Y, preferring the utility of a computer over the simple function of a TV, has been pushing for some time for a user friendly product or solution to blur the lines of cable television and internet.  A lot of attempts have been made, and some have been very successful, but the world is still in need of a disruptive, game-changing breakthrough. 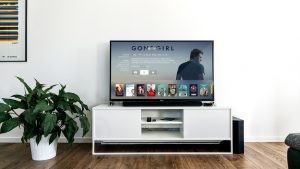 Some argue that the issue is not with the devices, but with the overall content and delivery.  Too many hodge podge solutions with gimmicky names, clunky interfaces, boring and limitedcontent with high prices tags in no way satiates the media hungry millennials.  This often leads to multiple subscriptions and devices and often leaves them desiring more.

When that “more” comes around, it will likely sweep the industry take down many big players with it.

Maybe it won’t happen with Gen Y but with Gen Z, who is growing up smartphone and tablet in hand with on-demand videos.  A world of scheduled programs and intermittent commercial breaks seems like a foreign and antiquated process.  As they grow into young engineers and entrepreneurs, these aging companies will be directly in their crosshairs.

With most people owning multiple devices capable of connecting to the internet, the biggest surprise seems to be that the seamless internet and TV marriage hasn’t happened yet.